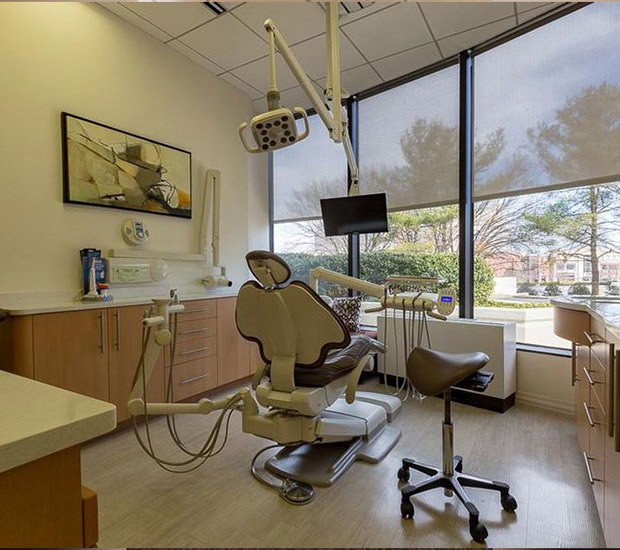 Novel Smiles is a McLean based family dentist practice that treats patients of all ages. We are committed to delivering the highest quality dental care and do so using advanced dental equipment. We are a cosmetic dentist that offers services like checkups, teeth cleaning, crowns, veneers and more.

We also perform emergency dentist services that include bonding, root canals, crowns, and bridges. As a local dentist, we create lifelong relationships with our patients and their families and work to ensure that they receive treatments in a comfortable and relaxed environment. Dr. Tran, Dr. Sbeih, Dr. Detar, Dr. Batra, and Dr. Jureidini and our team invite you to schedule an appointment by calling 703-942-8882 and experience why our patients think Novel Smiles is the best dentist in McLean.

A McLean VA native, Dr. Sbeih attended The George Washington University for his undergraduate and graduate studies. He then attended the Medical College of Virginia for Dental School and was awarded his Doctor of Dental Surgery (DDS) degree in 2008. That year he was also honored to receive the American Academy of Aesthetic Dentistry Merit Award.
Since then, Dr. Sbeih has committed himself to continuing education and was awarded both his Fellowship and Mastership in the Academy of General Dentistry (AGD).  The Mastership Award is the highest honor available in the AGD and one of the most respected designations in the profession. This accomplishment meets the highest criteria for professional excellence and has been achieved by less than 1% of dentists nationwide.

Dr Sbeih believes in practicing dentistry in a multi-disciplinary approach. Upon meeting him you will realize that dentistry is his passion. He places a very strong emphasis on patient education and his is goal is to provide the highest quality care in the most comfortable environment. Thus, he is always up-to-date with modern dental techniques, materials and technologies such as cone-beam CT imaging, milling technology, implant dentistry and laser dentistry. During the last 11 years Dr. Sbeih has taken over one thousand five hundred hours of advanced continuing education in the 16 disciples of dentistry with a special emphasis on cosmetic dentistry, smile design, occlusion, implant dentistry, full mouth rehabilitation, TMD and sleep apnea. He has also been published in the cosmetic Dentistry issue of “General Dentistry” which is the peer reviewed journal for the Academy of General Dentistry.  Dr. Sbeih has also served as an adjunct clinical professor in the department of endodontics at the VCU school of Dentistry.

In 2011 Dr. Sbeih founded Novel Smiles. At Novel Smiles, he works with a team of board-certified specialists under one roof to ensure that everyone gets the highest quality care for the smile they deserve.

Dr Sbeih is honored to have been recognized by the Consumer Research Council of America as one of America's top dentists in 2009-2018. He has also been featured as a top dentist in Viva Tysons magazine in 2019-2021 and in northern VA living magazine in 2021.

In his spare time Dr. Sbeih enjoys volunteering, traveling, cooking, and spending time with his nieces and nephews. 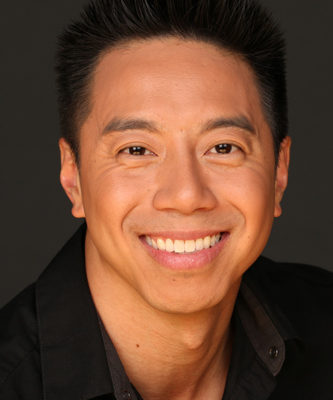 An alumni of Thomas Jefferson High School for Science and Technology, Dr. Tran is excited to be creating new beautiful smiles in the northern VA area. As a Board Certified Orthodontic Specialist, Dr. Tran wants to ensure that not only is your smile esthetically pleasing, but functionally correct.

At Novel Smiles, Dr. Tran emphasizes patient education, high standard of care, and community. Years of taking continuing education courses beyond dental school and residency training has allowed Dr. Tran to integrate current research with advanced technology to give you the best treatment options in a multidisciplinary environment.

Dr. Tran enjoys finding ways to inspire people to discover their passions in life so that they can transfer that positive energy into strengthening relationships with those important in his or her life. As a former Eagle Scout and Assistant Scoutmaster, Dr. Tran finds ways to volunteer his time locally and abroad. He has traveled to Jamaica and the Philippines to do medical mission work, and hopes to encourage others to find ways to give to their community as well. In his spare time, Dr. Tran likes to be active outdoors, travel, dance, and do theater work. It is his hope that patients who come to Novel Smiles not only feel his genuine care and concern for their treatment, but have fun at the same time!

Dr. Detar received his Bachelor of Science in Chemistry from the College of William and Mary in Williamsburg in 2003. He moved on to pursue his career in dentistry and graduated magna cum laude from VCU School of Dentistry in Richmond in 2007. Following a one year post-doctorate dental residency in St. Petersburg FL, he entered private practice near Richmond, VA and practiced general dentistry for 3 years before deciding to continue his education in the specialty of Endodontics. Dr. Detar taught for one year as a full time associate faculty member in the Department of Endodontics before completing his Endodontic residency program in 2014. He is happy to return to the northern Virginia area where he can be close to family and friends and is excited to be joining the Manassas Endodontic family.

In his spare time, Dr. Detar enjoys D.C. sports, traveling, continuing education and volunteering. Dr. Detar maintains an affiliate faculty position at VCU in the Department of Endodontics and enjoys teaching the future dentists of Virginia as well as volunteering on mission trips. 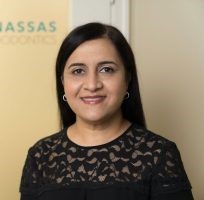 Dr. Preeti Batra received her Bachelor of Dental Surgery degree from the United Medical and Dental Schools of Guys’ and St. Thomas’ Hospitals, University of London.  Continuing her dental education, Dr. Batra completed a one-year dental residency in Birmingham, England and a one-year vocational training in London, England.   After working in general dentistry for 9 years in England, Dr. Batra fulfilled her wish to immigrate to the United States, joining a general dental practice outside of Los Angeles.  Dr. Batra completed her specialty training in Endodontics at VCU School of Dentistry and received a certificate in Endodontics and Masters of Science in Dentistry in 2016. She is excited to be a part of the team at Manassas Endodontics.

Dr. Batra has called northern Virginia her home for the past 10 years. She enjoys all that the Washington DC area has to offer and is happy to be practicing here. Dr. Batra keeps busy with her husband and two sons, while also volunteering with her local PTA. 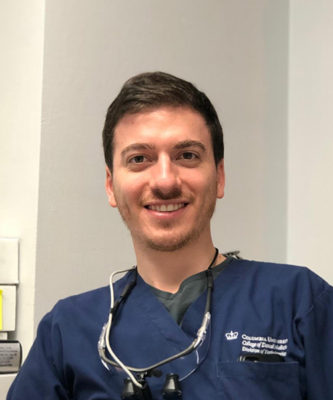 Dr. Juredidini was born in the United States and raised in Beirut, Lebanon. He earned his Doctorate in Dental Surgery with honors in 2011 from Saint Joseph University in Beirut-Lebanon; he was honored with the prize for being ranked as the 3rd for 5 years in a row.

He pursued his graduate studies in the United States where he earned a Masters of Science in Periodontics from Columbia University School of Dental Medicine. He lived in NY for 5 years before moving to Arlington, Virginia. Dr. Jureidini had the opportunity of getting trained by leading professors in the periodontology and implantology fields during his residency at Columbia University.

He learned and mastered technical skills with a sensitivity for aesthetics and developed his own approach and philosophy to top quality dental treatment. His three years of training prepared him to provide comprehensive periodontal care and perform a wide variety of surgical procedures. He has lectured in several dental conferences in New York, New Jersey, and Massachusetts.

Dr. Jureidini treats his patients with respect, kindness, and compassion. He takes his time to listen to his patients’ complaints and explains the proposed course of treatment. Dr. Juredinini is fluent in English, French, and Arabic.

During his free time, he enjoys playing soccer, going to the gym, cooking, and reading. Dr. Juredini also happens to enjoy helping others and doing community service work in within our community; he is a member and part time volunteer in an NGO, as well as he participates and manages summer camps for kids.